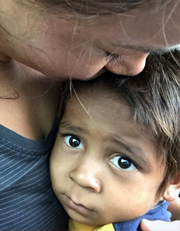 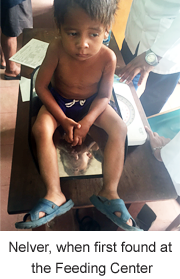 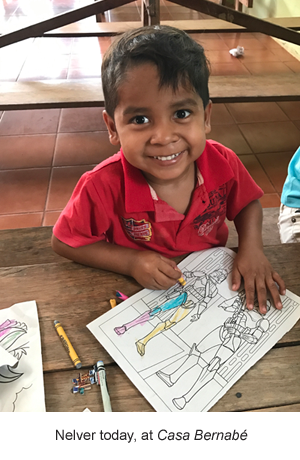 A Casa Bernabé volunteer, Audra Robinson, came upon 3-year-old Nelver in the streets of Puerto Cabezas. He was in the guardianship of his sister, Josephina, herself a mother of four. Disturbed to see how sick Nelver was, Audra took him to Dr. Byron* at the local hospital.

Nelver was found to be 9 lbs underweight, his body covered with white rash due to malnutrition and severe burns from an unknown cause. For three hours, Audra and Dr. Byron implored Josephina to allow Nelver to move to Casa Bernabé where a nurse could properly care of him. All the while, the boy sat patiently on Audra’s lap, his arms wrapped tight around her, his tiny head nuzzling her chest.

Josphina repeatedly refused the orphanage’s offer, fearing her father (and Nelver’s) might someday return to his abandoned family, and beat her for giving up custody of the boy. With hearts breaking, we left Nelver with his sister that day.

Knowing the invitation was open-ended, in January 2017, Josephina conceded to Nelver moving into Casa Bernabé. (Miraculously, but barely, the boy had survived the intervening two years.) Today he is on a special meal plan, and receives health care and education. The boy who never smiled and rarely spoke now runs laughing through the halls, able to kick a soccer ball better than most children his age. His aunt (Noriely, 14) also lives at the orphanage and keeps a close eye on him.

* Dr. Byron Wayland was one of the first orphans Pastor Earl took under his wing. Byron’s own life is powerful testimony to the ministry of Casa Bernabé. He grew up in the boys’ discipleship dorm of Casa Bernabé, eventually pursuing his dream to study medicine in Managua. He then returned to Puerto Cabezas to be its primary physician, helping to raise up the hometown that raised him. 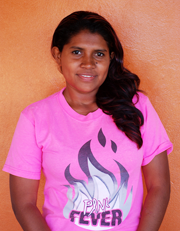 I was 9 years old when I came to Casa Bernabé. I am now 21. I came from a community outside of Waspam. My life there was a little hard but since coming to Casa Bernabé it has improved a lot. I have a lot of responsibilities here. I take care of 12 girls aged 6-8. I completed primary and secondary school and now by the grace of God I am in my third year of studying psychology with the support of the center (Casa Bernabé). After finishing my career my goal is to be professional in general psychology and I would like to work where God sends me to work. I am living here with two of my brothers. If I hadn’t come here my life would be, I don’t know really, because there are hard times and easy times and I don’t know what would have happened if I stayed in my community, but by the grace of God now that I’m here I am in a safe place where they protect me a lot. I accepted Jesus when I was 12 years old here and was baptized in the river with Pastor Earl, Don Rafa, and Junior. 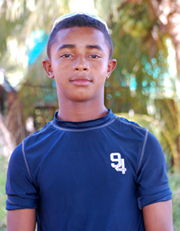 My name is Norbin. When I was born, my mom left me to go to another place to work. She never returned so when I was one month old my grandma adopted me as her child. At one year old I could walk, and eat, and do everything. When I was 9, my grandmother told me about my real mom and how she left me. My dad told me about his life and gave me advice not to hang out with bad kids because they could bring me down a bad path. I went to church with my dad but I didn’t know anything about the bible. He was a pastor and was going to teach me. He sent me to Casa Bernabé so I could be someone in this life. I always asked why I came here. My brother said I would be able to study and learn more about God. And live better. They told me I could learn English and other things. They would help me here. My two brothers were here and helped me a lot. I was baptized by pastor earl and since that day i began to talk with God. I began to practice what I read in the bible. Here I’ve learned music and how to sing. I prayed everyday and God heard me and he helped me and continues to help me. God has my heart in his hands. This place is a privilege that not everyone has so I give thanks to God. 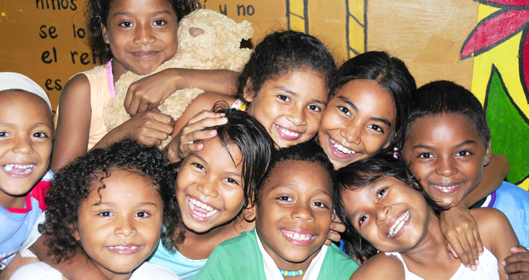 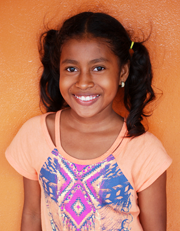 I came from a community where I had nothing. I didn’t know how to read and now I can read. In my community I lived on the farm and took care of the chickens and fed the pigs. I like being here because now I can play. I came here when I was 9 years old. I’m 11 now. I like everything here because I’m better here then I was in my house. I am in sixth grade and God willing I will be in my first year of high school next year and I am excited to be promoted and I give thanks to God for all he has done for me. 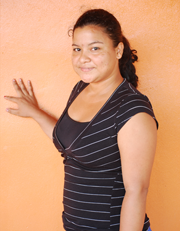 My name is Flor Dina. I am 24 years old. I was 14 years old when I came to Casa Bernabé, Puerto Cabezas. First of all I give thanks to God for this place where I’ve lived from then until now. I feel very happy to be able to come to this place. Today I’ve realized that God had a purpose for my life and today I can see all of that and the change that has been in my life in that time and now the person that I am. There are a lot of things that have changed in my life. I accepted Jesus in this place. I realized that I was a very special person. A person who God loved a lot. I realized what the love of God is for the lives of each one of us. Things I didn’t understand before. I felt alone. There were a lot of things I didn’t understand. Now I realize that God is big. God is good. Thanks to God last year 2016 I finished my degree from the university in accounting and now I am waiting on God for what and where he wants to use me. Right now I have been serving the ministry for three years as the assistant accountant. It is a joy and pleasure because I can show my gratitude for everything they have done for me and prepared me for. 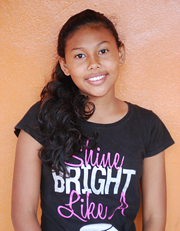 My name is Escarleth and I am 15 years old. I came to Casa Bernabé when I was 8 years old. I am in my fourth year of high school (out of 5). My life was very sad before. My mom left me when I was 7 months old with a good aunt. She was a nurse and she took care of me since I was little. I was a very bad girl. I did terrible things. When my parents weren’t looking I drank beer and smoked tobacco, and I did things that God didn’t like. I didn’t like to go to church, I hated to read, and I hated to pray. After I came here (Casa Bernabé), I realized that there was a God that loved me. A God that was a true father. In 2012 I started to draw closer to God and I was baptized and accepted the Lord in 2012. Since then I have been doing things for the Lord. I love his word. I love to read. I love everything about God to please the heart of God.